On November 30, 2018, the United States Court of Appeals for the Sixth Circuit, in a published decision, offered guidance to employers regarding the Americans with Disabilities Act’s (“ADA”) “interactive process” and what conduct may render the employer liable under the ADA.

In Brumley v. United Parcel Service, Inc., 909 F.3d 834 (6th Cir. 2018), Brumley, a driver for UPS, injured her back unloading heavy packages from a delivery truck. The job description for the driver position, as well as Brumley’s alternative position of “sorter,” noted that employees may lift packages weighing up to 70 pounds. Before returning to work after her injury, Brumley’s doctor issued her two return-to-work notes that included permanent work restrictions: the first note required Brumley to avoid lifting more than 30 pounds or pulling more than 30.5 pounds; the second note prevented her from driving.

Brumley attempted to return to work, but, after reviewing the doctor’s notes, Brumley’s supervisor refused to allow Brumley to return because Brumley’s position required lifting over 30 pounds. In response, Brumley requested to work in a “local sort” position, where employees were only required to lift packages weighing 10 pounds or less. The supervisor refused the request, and Brumley filed a grievance with her union. After becoming aware of the restriction, UPS forwarded Brumley documents requesting medical information. Upon receipt of the completed documents, UPS’s human resources manager held a meeting to discuss potential accommodations. At that meeting, Brumley stated that she desired to voluntarily discontinue the ADA interactive process, and that she intended to ask her doctor to lift her work restrictions. A few days later, she returned to work with no restrictions.

Nevertheless, several months after, Brumley brought an action against UPS under the ADA for failing to accommodate her disability, among other claims. She sought damages for lost wages and benefits from the time she was home from work during the interactive process. UPS filed a motion for summary judgment, arguing that it appropriately complied with the ADA. The district court agreed and dismissed Brumley’s case.

The Sixth Circuit affirmed. In beginning its discussion, the court noted that the “ADA does not obligate employers to make on-the-spot accommodations of the employee’s choosing.” Id. at 840. Rather, the employer must “engage in an ‘informal, interactive process’ with the employee to ‘identify the precise limitations resulting from the disability and potential reasonable accommodations that could overcome those limitations.’” Id. (citations omitted). The court observed that the interactive process is “mandatory,” and both parties must participate in “good faith.” Id. Further exemplifying this point, the court offered examples of how a party may fail to engage in the process in good faith, including:

Significantly, the court observed that the employer’s “refusal to provide an accommodation to the position of the employee’s choice immediately upon the employee’s request is not, in and of itself, a failure to accommodate under the ADA.” Id. (emphasis added).

Here, the Sixth Circuit held that the supervisor’s initial refusal was not improper under the ADA because UPS “had no legal obligation to place [Brumley] in local sort on the very day she returned to work.” Id. Rather, UPS “had discretion to provide a reasonable accommodation as identified through the interactive process.” Id. Moreover, despite conflicting evidence, the court found that Brumley voluntarily abandoned the process. Id. at 841. Considering these facts, the court affirmed summary judgment for the delivery company. 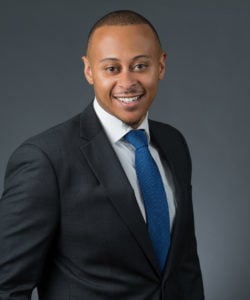 Aaron Burrell (Member, Detroit & Troy) focuses his practice in the areas of complex commercial litigation, labor and employment law, appellate law, and minority business enterprises. As a member of the firm’s labor and employment practice, he has successfully defended clients in a wide range of discrimination and unfair-labor-practice claims in state and federal court, as well as before the Equal Employment Opportunity Commission, the Michigan Department of Civil Rights, and the National Labor Relations Board. Mr. Burrell has also counseled clients on all aspects of the employment relationship including hiring, discipline, and the creation and enforcement of employment agreements. Mr. Burrell may be reached at 313-223-3118 or at aburrell@dickinsonwright.com.