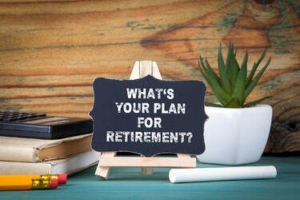 More Americans are optimistic about their chances of being financially secure in old age, according to the latest annual retirement confidence report from the Employee Benefit Research Institute (EBRI). Specifically, 69 percent of surveyed U.S. workers said that they are at least “somewhat confident” they will have enough money to retire comfortably, including 27 percent who said they are “very confident,” the highest reading on record. The poll that these figures come from was admittedly conducted in January, well ahead of the coronavirus crisis. The EBRI researchers, though, refielded a separate survey of key questions in the second half of March and found that COVID-19 had not yet resulted in a statistically significant decline in retirement confidence. Optimism may be even better now considering that stocks have rallied sharply off the March lows and the spread of the virus has slowed considerably. 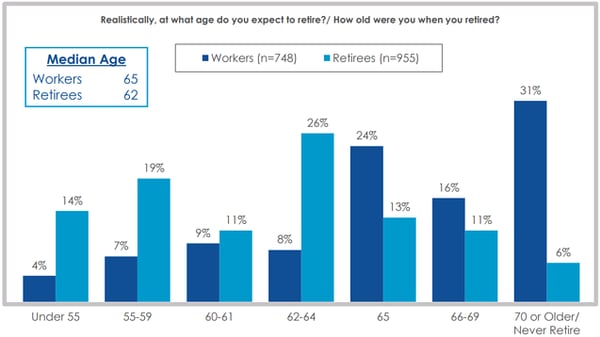 Perhaps the bigger takeaway is that sentiment appearing little-changed during the pandemic is a sign that most Americans recognize how preparing for retirement is a long-term process that when done correctly is not easily derailed by relatively brief periods of market turbulence. However, there is still room left for improvement because not even half (48 percent) of surveyed workers said that they have actually attempted to calculate exactly how much money they would need to achieve their desired retirement lifestyle. On the bright side, four in ten workers who did try to estimate what size nest egg they could require in old age came up with a figure of at least $1 million, a big increase from 27 percent in 2016. This suggests more Americans are becoming aware of just how expensive retirement could be, an especially important lesson for younger generations that will likely have to rely more heavily on personal savings and employer-provided retirement plans than the government (Social Security) in old age. With respect to workplace savings vehicles, 82 percent of surveyed employees reported that these plans will be a source of income in retirement, including 51 percent who anticipate it being a “major” source. The study also provided evidence of how advantageous participation in these plans can be. 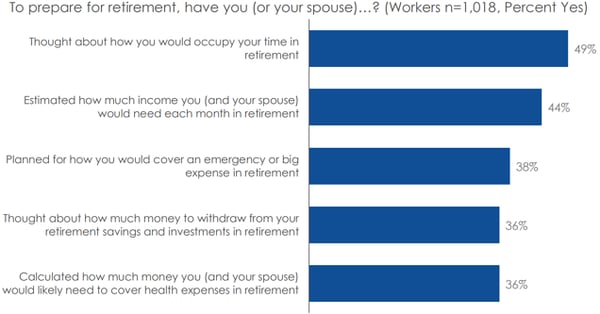 For example, only 15 percent of workers with an employer-provided plan reported having less than $10,000 in savings and investments, compared to 75 percent for those without retirement plan access. Similarly, plan participants were nearly 19 times more likely to have $250,000 or more in retirement assets than those without a savings plan. Another eight in ten workers said that they are “very or somewhat satisfied” with their workplace retirement savings plan, and the same percentage were similarly content with the investment options in their plan. A lower share of workers, though, reported being satisfied with the educational materials they receive about the plan, and “better explanations for how much income their savings will produce in retirement” was the top-cited way participants felt their workplace plan could be improved. Thirty percent of employees also said they would like to see “better explanations for whether they are on track with their retirement savings,” and 28 percent want “more one-on-one, in-person education.” More generally, when surveyed workers were asked what sources of information they use to help with retirement planning, “employer or information received at work” was a top response, surpassed only by “friends and family.” 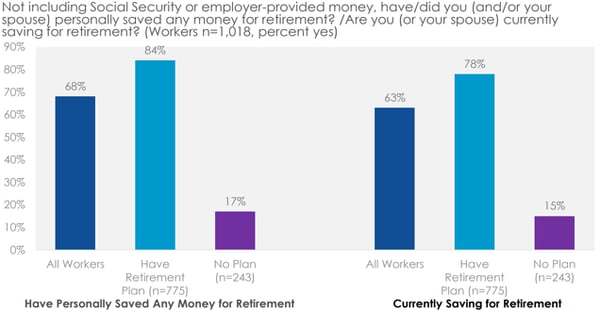 Coming back from COVID

From our CEO: Thanks in a time of COVID